GO DIRECTLY TO The Weibull Dr. OUR RELIABILITY AND STATISTICS ANALYSIS PROGRAM. 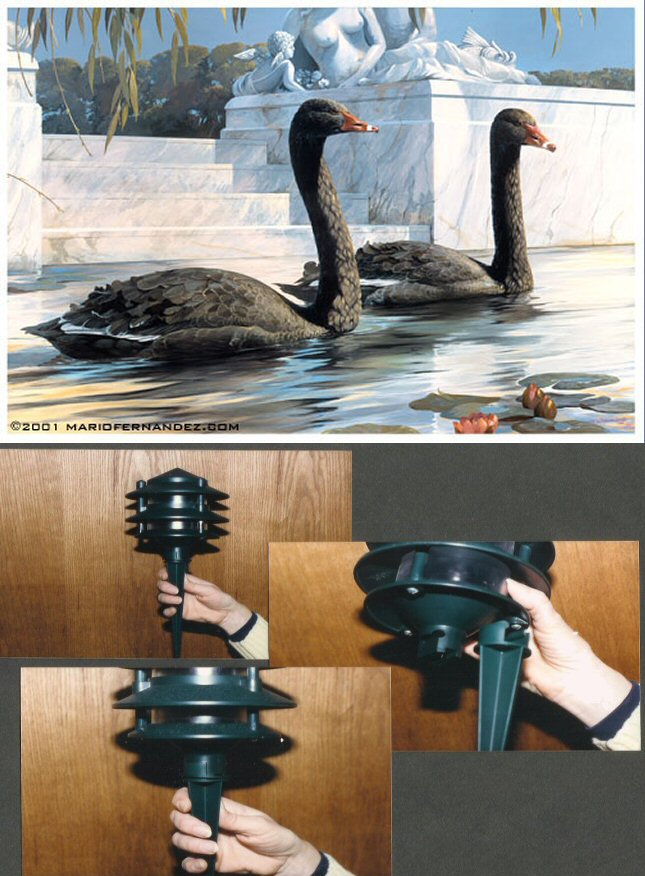 The painting to your right is by the late Dr. Mario Fernandez, whose experience also includes many industrial design efforts, both with us and with others.  For example, Mario and his business partner at the time, created Toro's present (and very well known) logo and color scheme that has served the company so well over the years.  Samples of some his design work can be found within this website. This graphic was originally included with Mario's permission and left here to honor his memory.

This is an industrial systems engineering office working in applied research, all phases of product development, with special attention to safety and code compliance.  We work with consumer and business products, plus production and assembly equipment to accomplish the same.  This includes technical investigations and forensic engineering expert services for private and government entities.  Within those areas, our strong suit is clearly the ability to generate mathematically and graphically accurate models of operating equipment or systems to simulate or duplicate real world situations or occurrences.  Mr. Berner, of this office, is a Life Member of the American Council of Engineering Companies - www.acecmn.org .

Example of very successful project. We were called upon, on an emergency basis, by a small electrical component manufacturer by the name of L & L of Crystal, Minnesota.  Its manufacturing vice president assigned us to identify a way around an injunction for patent infringement.  We had to come up with a means to join a cord to the light for a yard light manufacturer that, in turn, would  allow production of lights without infringing pre-existing patent(s).  After looking a number of ways of accomplishing this, we settled on one, fabricated a working prototype, and presented it to the client.  The result was clearly established as far superior to the concept being infringed.  Successful follow-up by others led to company's (L & L) successful entry into the market. A few months later, the company (L & L) was purchased by Toro.  The product line developed around this concept became the nucleus of Toro's Home Products Division.

Mr. Berner, of this office, as an employee, and later, as long-term Toro consultant, has either initiated, or significantly contributed to, virtually every major consumer product line of the company.  In addition, he has provided design analysis for almost all of Toro's major lines of institutional equipment. His expertise in this type equipment is well documented.  This office was instrumental in much of Toro's engineering development efforts throughout its high internal growth 1980-2005 period.

In the early 70's, Toro's Chairman, David Lilly, and President, Al Conover, determined Toro's need to become a full-line lawn and garden manuifacturer. To accomplish this, they recognized the need to offer a serious two-stage snow thrower line. However, a number of people, including the head of Toro's R&D, said, "We are a mower company and don't belong in snow".  Lilly and Conover knew better. Consequently (over strenuous objection from the head of R&D), they assigned couple relatively new engineers, independently of the formal R&D group, to research, develop a new line of two-stage snow throwers. In its second year out, the resulting 3-unit line received top ranking with Consumer Reports. Thus, Toro began its long term domination of the consumer snow industry. An unusual snow thrower concept, utilyzing a curved rubber blades, was prototyped as part of this same research program, and was developed further to become Toro's "Power Curve". These same two individuals, Mittelstadt and Berner, went on to create a number of other original original concepts, including Toro's "kicker" based mulching mower system, its riding mower bagging system, its extremely efficient lawn vacuum, its yard light cord connecting sytem, plus quite a number of original concepts to facillitate Toro's campaign to become a full-line lawn and garden manufacturer. We were a critical part of the team that accomplished this.  www.toro.com 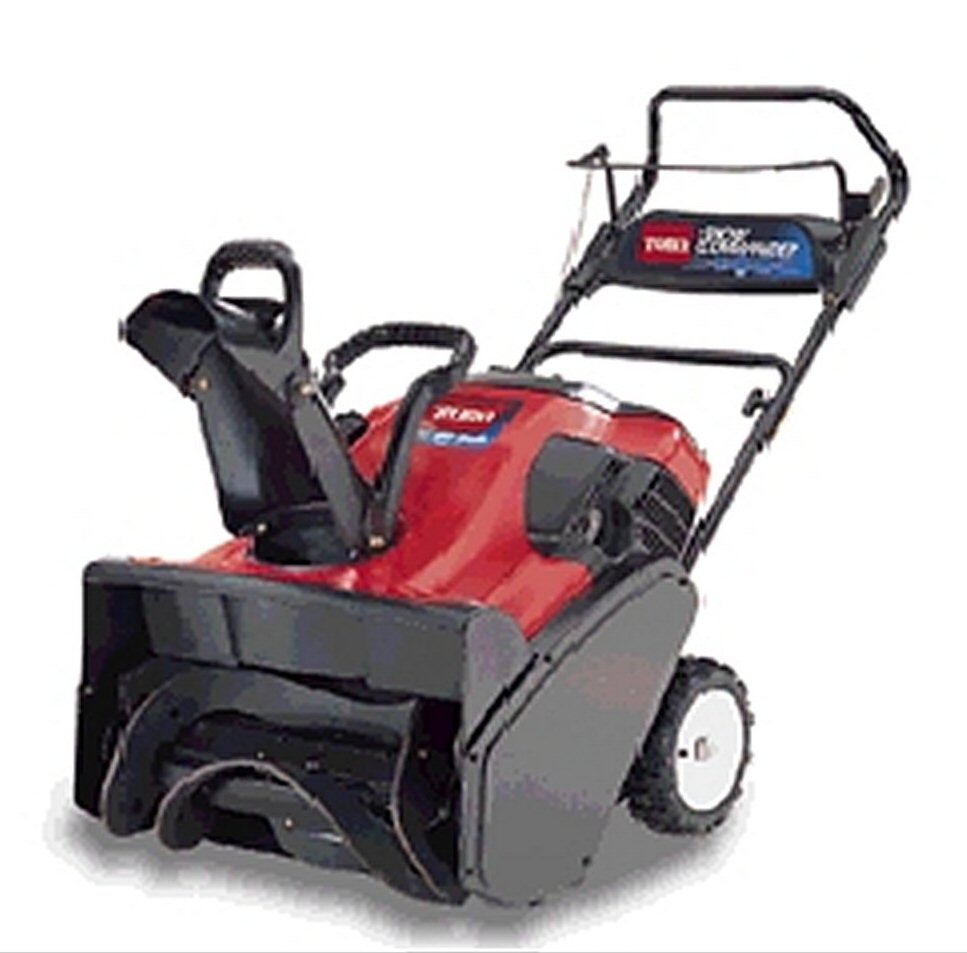 Toro Power Curve Our principal investigator was the originator of Toro's Power Curve blade configuration.  This is the most critical performance feature of Toro's very popular and presently best selling single stage snow throwers.  This concept of what came to be known as the "Power Curve Rotor" dramatically advanced the performance and commercial viability of single-stage snow throwers by shaping the rotor to maximize energy transfer from the rotor blades to the snow stream. This same energy transfer principle was later applied to bagging of grass with a riding mower. Even later, it was applied to moving food/grain products through various processing operations.  www.toro.com

Stratasys' Original 3D Printer - Another very successful effort. A small Eden Prairie, Minnesota startup company called upon us to provide design and construction assistance for their original fused deposition 3D printer elevator mechanism.  The original patented concept was provided by the client. Our assignment included construction of original prototype(s) of the elevator portion of their product, plus build of multiple units (25) for our client.  These were incorporated into pilot production units .  The name of the company was (and still is), Stratasys.  Since then, Stratasys has become an undisputed leader of the 3D printer business.  www.stratasys.com

The content of this website is copyrighted material.  However, portions may be copied for exclusively reference purposes if appropriately credited.  Please call us at (763) 208-8259 if you have questions.

Each of the following groups contain descriptions of each project included in it.

Please click on the heading to go to a particular group.

PRODUCT DESIGN  Applied research, mechanical engineering, and product design efforts have involved well over 200 individual product models of various shapes, sizes and functions.  We are able to provide drawings in a variety of formats including Pro-E, STL, Autocad, DXF, or most any standard format.  We are able to provide "like downtown" prototypes of appliances, consumer or business equipment, or most any category appropriate for your budget.

MEDICAL or FOOD This section was added recently.  It is a compilation of past biomedical engineering and mechanical engineering projects from the above three groups that are related directly, or indirectly, to medical or food industries.  This has involved a full range of engineering simulations of potential products.